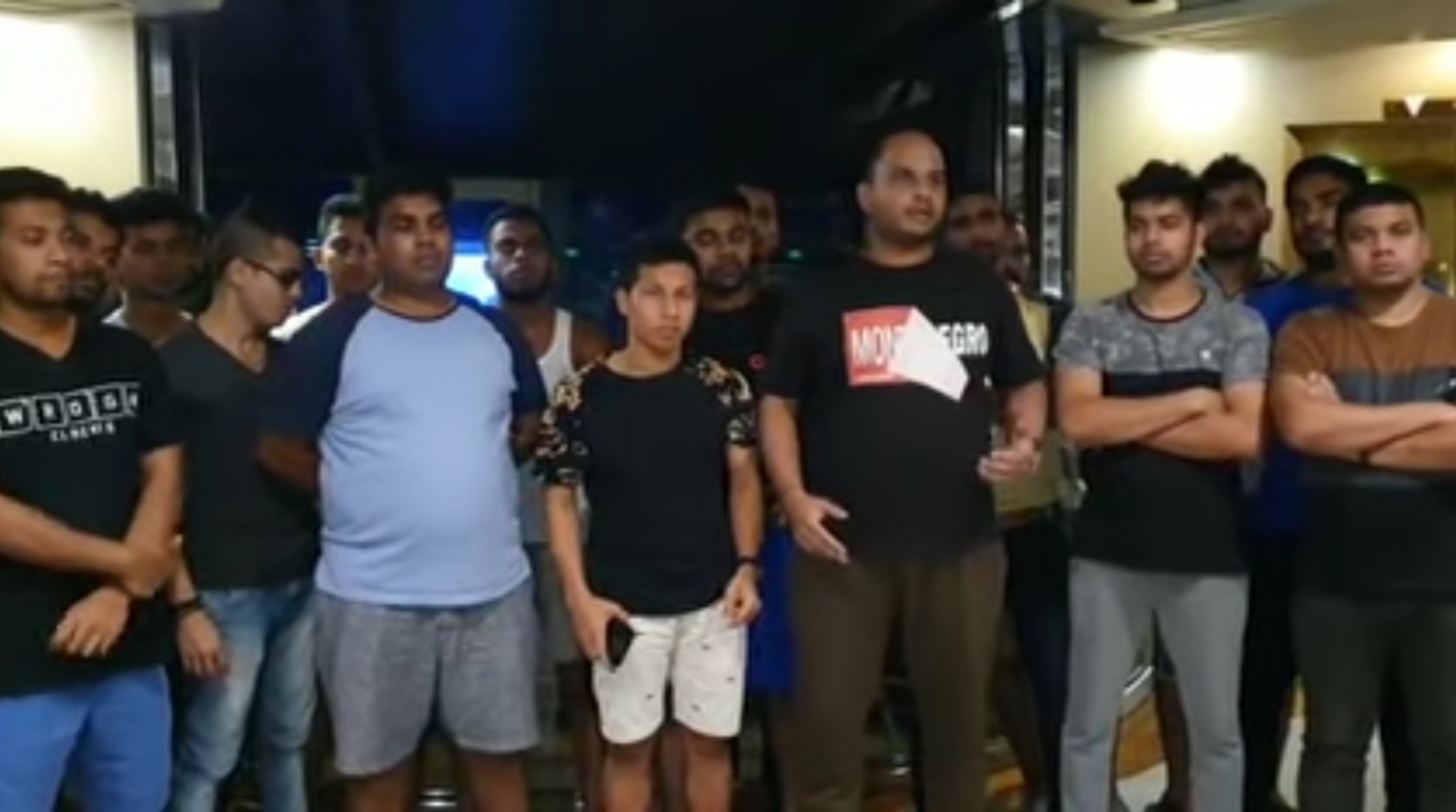 After announcing the Marella captain that we are going back to Europe with Indian crew as well because the Indian government not yet taken any decision for Indian seafarers. The onboard crew members released a video for the Indian government to requesting for disembarkation. One of the crew members said if you can not do anything, we hope that at least our bodied come from Europe, you will have sympathy for us.

The Chief Minister Said, after disembarkation of all Indian crew will have to pass by COVID-19 test and will go for 14 days quarantine in Goa and after 14 days they will test again for COVID-19 and if they are negative then they will be home quarantine.

Earlier the family members of seafarers went on strike in front of the chief minister of the official residency office in Panaji Goa. The family members came with an application signed with local MLA of Goa in which requested to bring back Indian seafarers.

But everything was not in the state government’s hand, he could not take all these decisions alone. He said we are working on it from the beginning but still waiting for the ministry home affairs decision.

And finally on Wednesday the Indian government allowed for disembarkation of all Indian seafarers in Mumbai port and bring them to Goa by road.

All this happened after the announcement of captain Chris Dodds, the captain made a meeting on board with Indian crew members and explained that unfortunately, the Indian government has not delivered what it promised. They kept promising and it’s gone on and on and on. So I spoke with the head office and I let them know my opinion about what happening here and I suggest for move on from here because it is not good to stay here for a long time with no direction from the Indian government.

Related: Royal Caribbean plan to return to service on June 12, 2020

As per the Times of India: all the Goan crew members from Jalesh Cruise line and Marella will disembark on Wednesday in Mumbai and will move to Goa by road. But the Insight news is nothing happening so far there. so I would like to say this update about Indian crew members is not 100% true.

Most of the things like the family members of seafarers are doing strike and onboard crew also released few videos from ships, these things are true but about disembarkation of crew members are not 100% true. so guys please be aware of fake news and all.