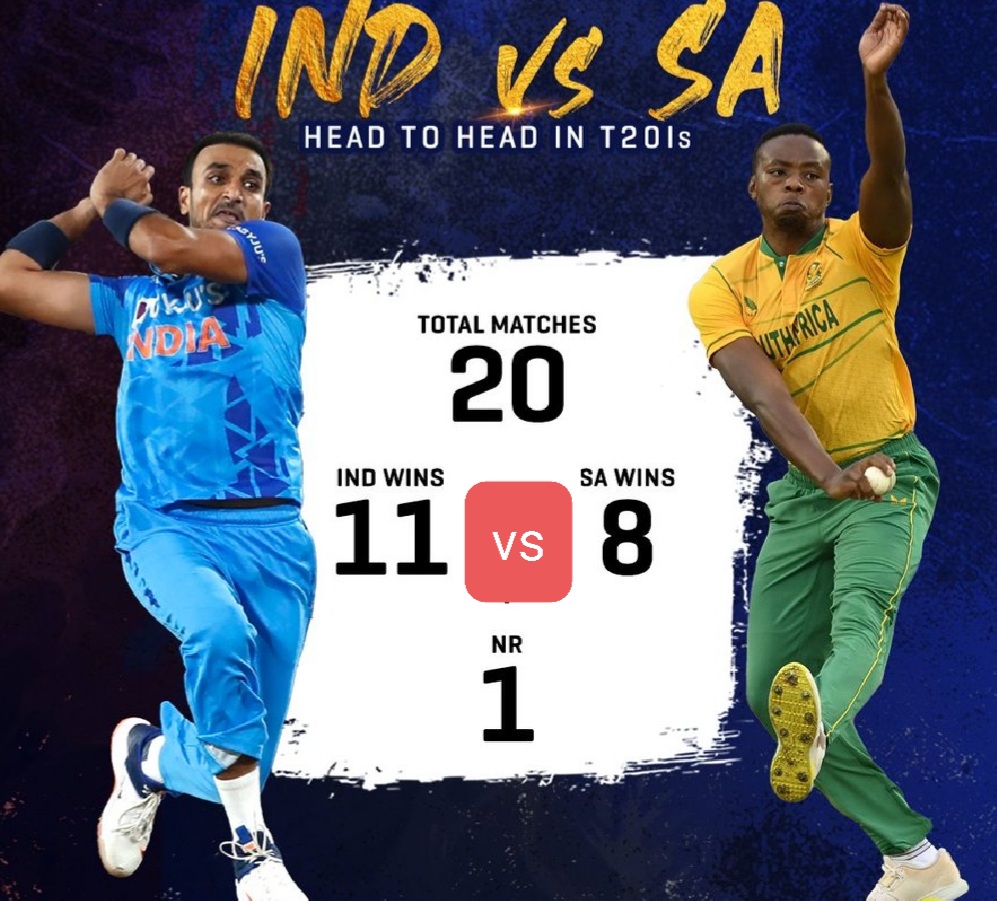 After India and Australia T20 Series, Now this is the time for India vs South Africa t20. So this 1st T20 match will play on September 27, 2022, at 7:00 pm IST in Greenfield International Stadium, Thiruvananthapuram. The South Africa vs India T20 2022 player List is here.

Recently India beat Australia by Six wickets and India’s middle-order batsmen back in form like Virat Kohli, Suryakumar Yadav, and Hardik Pandya, Which is a very good sign for the India team. And from the bolling side, Axar Patel is in the good form and he took 3 wickets against Australia.

But against South Africa Y Chahal can play a good match here and he can take wickets of Openers of South Africa but India needs to start safe because K Rabada is there for Rohit Sharma, Because Rohit Sharma faces 25 balls against Rabada and hit 37 runs only but K Rabada takes the wicket of him twice.

The boundary of the Greenfield International Stadium is 70*65M and the capacity of the stadium is 50000, and the average T20 score is 160-180 runs, So the First T20 match between India vs South Africa will be a low-scoring match.